The world from my eyes…

Basically, I watch a lot of Netflix so thought I would answer all the questions that will come to your mind whilst reading this before I even start😂😂

People are always looking for something new to watch so thought I would share the shows I’ve been watching, let me know if there’s anything I’m sleeping on!

Lately, I’ve been really enjoying international dramas. I’ve always been into Pakistani dramas which stemmed from the exceptional Humsafar which tbh I think I should watch again because it’s just that good. But thanks to Netflix, I’ve watched a couple of Turkish and Malaysian dramas which have been interesting.

How to Get Away with Murder

This is such a good show and if you’re not watching it already then start right now! I watched all three seasons in like 2/3 weeks.

If you like legal drama then this is definitely one for you!

I always want to become a lawyer when watching a show like this. It happened when I binge-watched Suits too (also great!) and I’m getting the same buzz now! If I hadn’t of hated Uni so much and the thought of going back into education didn’t terrify me, I might have even done it.

Viola Davis is incredible to watch as Annalise Keating, a character which has so many different layers, an insanely smart mind but also incredibly complex. I love it! The Keating 5 are all likeable especially my fave Wes!!

After watching a few Turkish dramas, I thought I would give Intersection a go as the premise was interesting and it turned out to be a decent watch. It’s set in modern Turkey which makes a change to all the period dramas I’ve watched. The story does fall short in places but the characters are very likeable which keeps you watching buttttt be prepared to sign your life away because each episode can run up to 130+ minutes so it’s like watching a movie every day!

If you’ve never watched a Turkish show before then I wouldn’t recommend you start with this one – go for Lovebirds (Çalıkuşu) which is the first one I watched and LOVEDDD – the lead actors are adorable 😍 or Kara Sevda (this one is sooo soooo loooooong but worth it!)

I’ve only seen one Malaysian show so I’m obviously not going to generalise on the entire industry but this particular show was weird. It was a combination of every romcom/drama I’ve seen and it got to the point where I knew exactly what was coming next in every scene. The romanticisation of Islam was also a little weird in there cuz the main guy goes from being someone who wants everyone in his office to ‘dress sexy’ to falling in love with a hijabi and starts secretly going to mosque! They also use the ‘wrapped and unwrapped sweet’ analogy which I hate loool yeah so probs not going to be recommending this anytime soon. I do want to watch another Malaysian show so any recommendations?

My mum and I were looking for a film to watch on Netflix and found it almost impossible to find anything good. Their film collection compared to the programme collection is trash – Netflix you gotta up your film game!

We came across The Circle which I hadn’t heard of before and the trailer looked appealing enough so we watched it and mehhh it was very average! Aside from being Hermione in Harry Potter, I don’t think Emma Watson is a very good actress and she certainly wasn’t in this with her American accent dropping regularly. This film is kind of like an episode of Black Mirror except it doesn’t make a lot of sense and they kinda rush through the whole story and then don’t give it a proper ending either so you’re left feeling a bit like ‘wtf did I just watch?’🤔🤔

Don’t waste your time with this, it’s defo not worth it!

Mehhhh I’m all about supporting Pakistani cinema because I know it’s still quite new and emerging but this film was so bizarre. It was trying to be too much and ended up being nothing. There were elements of She’s the Man, Dil Bole Hadippa, Jab We Met and there’s even a scene from Dilwale Dulhania Le Jayenge for good measure. It’s incredibly long for a film which could have easily been over in 1hr20. However, it’s shot well-ish and the cast are decent. There’s going to be a few low points as Pakistani cinema grows and this was one of them. 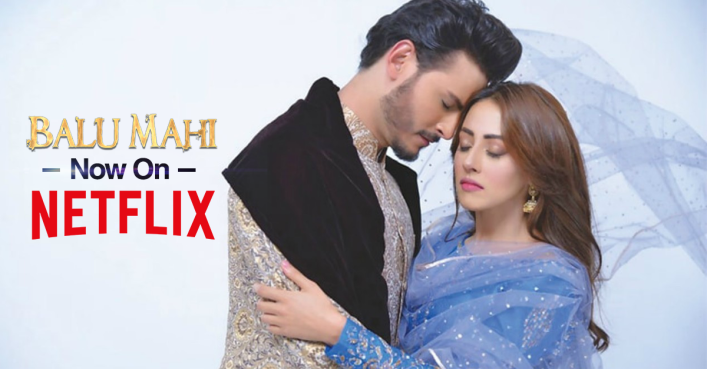 This is the first Indian film that Netflix have made and it’s a nice watch. I liked that it wasn’t your typical Bollywood film yet it wasn’t completely removed from B’wood too. It was a fresh take on a romantic story making it very real and relatable. It was a little long and the songs weird but aside from that, it’s a decent watch when you want to watch something from India but a little different. Vicky Kaushal is great in his role as Sanjay Chaturverdi the lead character.

I know a lot of people hate on Jennifer Lawrence but I really like her! I think she’s a great actress and does a bunch of different challenging roles. Joy is a great movie and left me feeling inspired afterwards! Based on a true story, JLaw tells it so well and the supporting cast are all equally as good. I was left wanting more when it finished like a season 2 almost which is always a good sign.

One Day at a Time

I love this show and I love that Netflix allows people from different backgrounds and cultures to tell stories that are important to them on such a big platform. This show is based around a Cuban-American family living in Los Angeles and dealing with several issues that affect the average person. The writing is so clever as it weaves in important political conversations into a smart, funny, feel-good and well put-together show. I’m all about comedy with a conscience.

The episodes are about 25 minutes long and it’s a very easy watch. Rita Moreno is just great as Lydia – defo something you can binge-watch on a Sunday afternoon whilst getting your chores done.